One of the risks of buying a second-hand bike, even from a dealer, is finding yourself with a cloned motorbike.

It’s well known that many stolen motorbikes, or at least their more expensive parts, are exported to Eastern Europe.

Nobody really knows the actual amount of bikes that leave the country as very few vans and trucks are checked as they pass through ports. However, many do appear on foreign websites, where buyers may be less fussy.

What’s less well known is that a great many of the bikes stolen in the UK don’t head abroad at all but instead find their way back into the local market, including into dealers.

It’s called cloning – the practice of using a legitimate motorbike frame and then rebuilding a bike using parts from stolen bikes.

It’s not easy to spot, and even professionals in the motorcycle industry can miss a cloned bike. In fact, security company Tracker recently revealed that up to 80% of all cloned motorbikes end up in the dealer network.

How are bikes cloned?

We aren’t going to reveal the exact process of putting a frame back on the road, but the problem centres on the fact that, unlike cars, when a bike is recycled for parts after an accident or uneconomical repair, there is no legal requirement to issue a DVLA Certificate of Destruction – a document that effectively ends the vehicle’s life.

This means the bike’s frame can legitimately be acquired with a V5. And of course, if you have a V5, it’s much easier to sell a bike.

Armed with a legal frame and documents, thieves then steal an identical bike, which they strip of its parts. The parts are then put onto the waiting frame, giving birth to that frame as a complete motorcycle again.

The stolen bike’s frame, with its identifying VIN number, is then thrown away, often smelted so it can’t reappear and incriminate the thieves.

According to someone in the industry, “Have you ever wondered why frames with a V5 on eBay cost more than a brand new frame from the manufacturer?”

How to spot it’s a cloned motorbike

Because the bike’s V5 and VIN all match up most buyers, including many dealers, stop there, assuming the motorcycle is legit.

The giveaway that it could be a cloned motorbike is the engine number, which will be from the stolen bike.

So, even though it may mean getting down on your hands and knees to peer around under the bike and in awkward to get to places, always locate the engine number and check it against the number on the V5.

If the number doesn’t match or the engine number has been tampered with or even ground off, walk away from the purchase and ideally report the bike to the police (the seller’s local station).

For further protection, in case the V5 itself is a forgery or stolen, check the bike’s details against the details held by the DVLA. There are apps and websites, such as HPI or Total Car Check, that provide the data for a nominal amount.

The other thing to do is to take a UV torch and check panels for code numbers that may have been etched using UV solutions – both of the main security marking companies, Datatag and SelectaDNA use stealth UV etching technology.

Each keeps a database of owners and they can be contacted to see if the part you have found a code number on is registered as stolen. They may not give you precise ownership details for data protection reasons, but they should confirm if the bike is of concern.

Using one of these kits on your own bike is one of the more effective methods of protecting it against theft. Datatag recently released data showing that new bikes marked with their system under the MASTER Security Scheme were six times less likely to be stolen than bikes that didn’t come with the product already fitted.

Another sign that the bike could be registered with these schemes is to look out for microdots or resin-like material on parts. Both should show up on very close inspection. Lazy or inexperienced thieves may overlook them themselves, when stripping and assembling the bike – they rely on you not bothering to check.

Also look out for any damage associated with the removal of stickers that warn the bike may be security marked. Both of the products above issue stickers that cause permanent damage when removed.

One of the biggest potential giveaways of a cloned bike is the price when sold privately. Even a well-done cloned motorbike is still ‘hot’ and criminals want to move it on quickly.

A lower price is the best way for them to do this, attracting as it does people who may be more keen to save money than care if a bike is legit.

Always check the price of the bike against current values. If it seems suspiciously cheap – even taking into account factors like end-of-season price drops – be more vigilant in checking that engine number or looking on the inside of panels.

Don’t be fooled by terms like, ‘must sell, I’m emigrating this weekend’ or ‘wife needs it gone by tomorrow or I am’. Take your time to do your inspections and you’ll avoid ending up with your own sob-story.

Finally, consider getting the person you are buying from to sign one of Biker & Bike’s Sale of Vehicle Certificates (free to download). Any reluctance to sign could be a reason to think again about the legitimacy of the sale.

If you are serious about buying a second-hand bike, take a multi-tool or at least a set of Allen keys so you can take panels off. And wear clothes you don’t mind getting grubby – even at a sparkly dealership, you should make an effort to get down on the floor and find that engine number. 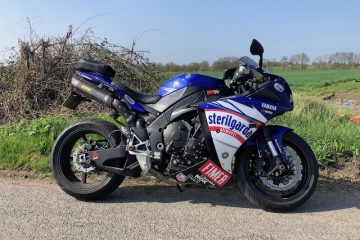 Getting the best price for your motorbike 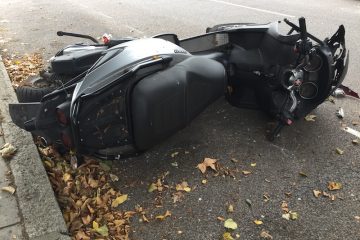 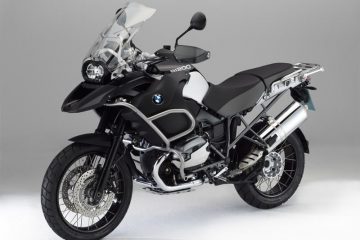 Police clamping down on Hastings May Day run

Bikers will be paying for TFL's lost revenue