Trade bodies representing motorcycle manufacturers have warned that a trade war around steel and aluminium imports to the US could have a huge impact on motorcycling companies on both sides of the Atlantic.

The European Association of Motorcycle Manufacturers (ACEM), has issued a statement saying it is ‘deeply concerned’ about the war of words between US and European authorities over President Trump’s declaration that he is going to impose a tariff on steel and aluminium imported into the United States. The UK’s Motorcycle Industry Association has also issued a similar warning to the UK Government, mirroring the ACEM’s concerns.

In response to Trump’s threat, which is already deeply unpopular in the US, even with members of his own Republican party, the EU issued a list of US companies that would face retaliatory tariffs for their products imported into Europe. Among these is Harley-Davidson, a member of ACEM, along with native European companies like Triumph and KTM.

The statement read, ‘ACEM appreciates the reasons behind potential retaliation action by the EU in case the US increases tariffs on imported steel and aluminium. However, the motorcycle industry would be severely damaged if brought into this trade dispute.’

Antonio Perlot, ACEM Secretary General, said: “The EU is a key market for American motorcycle brands. But the US is also Europe’s first trading partner in the motorcycle segment. We trust that American and European authorities will avoid triggering a global trade escalation, which, could be extremely damaging for the motorcycle industry on both sides of the Atlantic”.

The ACEM also stated imposing tariffs could lead to considerable negative economic impacts and job losses for the motorcycle sector in both the US and Europe, particularly in areas such as the manufacturing and distribution of vehicles, parts and components. About 156,000 jobs depend on the motorcycle, moped, tricycle and quadricycle industry in the EU.

The MCIA stated, ‘Should the situation escalate, there is a strong possibility that the European and UK market will suffer significant damage at a time when Brexit brings enough uncertainty and challenge to the economy.’

For a good understanding of the potential impacts of a trade war, read this. 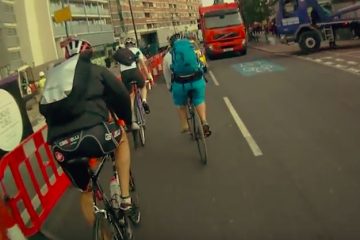 Cyclists vs bikers. Will there ever be a truce?