We take a look at the history of scooters, from its early designs to its impact on popular culture.

Despite owning a modest reputation, the scooter’s past is an illustrious one, shaped by the political and economic landscape of WW1 and WW2. Its more recent incarnations have been credited with shaping mod culture in the UK, with its influence spilling over into our fashion, music and film.

The origin of the scooter is a humble one, with the identity of the first model a subject of great debate. The 1894 Hildebrand & Wolfmüller, a 1490cc powered two-wheeler (which only produced 2.5hp), splits opinion. Some acknowledge it as the first motorcycle, while others believe it to be the first scooter due to its step-through design.

The 1894 Hildebrand & Wolfmüller is claimed to be the world’s first scooter (or is that motorcycle…?)

Other early designs include the 1902 Auto-Fauteuil, which looked more like a car on two wheels than a scooter. Across the pond, the US produced Autoped (also licensed to be built in Germany and Czechoslovakia) looked a lot like today’s children’s ‘stand up and ride’ scooters.

The British-built, 1919 ABC Skootamota finally incorporated a seat into the two-wheel design. But regarding style in the history of scooters, the first bike we’d recognise as being similar to today’s models is the 1921 Unibus. The Unibus even boasted leg shields and protective bodywork for the rider’s comfort.

During the 1930s, the US saw some stylish, art deco and Buck Rogers inspired machines take to the streets. These included the Rock-Ola, made by the company of the same name, who were more widely known for making jukeboxes. It was around this time that the Moto-scoot became the scooter of choice for Americans. Meanwhile, brands such as Salsbury, Powell and Cushman began to emerge and survived to continue after WW2.

After the war, cheap, affordable transport was in demand. With industries looking for an opportunity to restart after the war, we saw heavy industry manufacturers like Honda and Fuji begin scooter production in Japan.

However, it was Europe that spearheaded the scooter revolution as we know it today. Italian firms were, unsurprisingly, at the forefront. Piaggo, who were best known for their trains and aircraft at the time, began the production of the Vespa scooter, arguably the most famous and timeless Scooter design to date. The Vespa’s only real rival came from Milan in the shape of the 1947 Lambretta.

Of course, there was competition during the post-war scooter boom. Companies like Panther, BSA, and Dayton in England, Peugeot in France and Heinkel and Messcherschmidt in Germany all dipped their toe in the market. While some of these were mechanically superior to their Italian counterparts, it was the stylishly simple Lambrettas and Vespas that resonated with consumers.

Scooters and the silver screen

Following the post-WW2 scooter boom, the Vespa made its brief debut on the silver screen in the 1953 film, Roman Holiday. While only featured for a few minutes, the image of a young Audrey Hepburn running amok through the streets of Rome resonated with the audience. Coupled with a prolific movie poster campaign featuring Hepburn, riding the handlebars against a Roman cityscape, cemented the Vespa’s position as a style icon. For the Vespa, the film was a marketing godsend – resulting in tens of thousands of sales in the years that followed.

Scooters, albeit predominantly Vespas and Lambrettas, continued to grace our screens throughout the ‘60s, from the Vespas in La Dolce Vita (1960) and Jessica (1962) to Debbie Reynolds and her Lambretta in The Singing Nun (1966). However, it’s films like Absolute Beginners (1986) and Quadrophenia (1979) that cemented the scooter’s affinity with youth culture. The latter, in particular, with the revival of mod culture in the UK.

You can trace the beginning of the Modernist movement back to late 1950s London, when a small group of stylish, London-based men sought to emulate the smart and modern lifestyles of our European neighbours. They drew influences from Italian fashion and coffee culture and were labelled modernists because they listened to modern jazz. Though born in London, the mod subculture spread throughout Britain and beyond in subsequent years.

The scooter became synonymous with the movement, initially, in response to the demand for cheap transport. They were also cleaner and more elegant than the motorbikes associated with their rival group, the rockers. For young mods, Italian scooters were the “embodiment of continental style and a way to escape the working-class row houses of their upbringing”.

Fast forward to the late 1970s to Quadrophenia, a film produced by The Who. Based on their early 1970s rock opera album of the same name, the film follows the lives of young mods in the early 1960s. The film’s launch coincided with the rise of mod revival bands like The Jam, The Specials, The Labrettas and Secret Affair, resulting in the revival of the mod movement and in turn, the scooter. After this period we saw scooter-riding teens eventually morph into scooterboys, before the 1980s became a melting pot for the (social) scooter scene it is today.

In the 1990s the scooter saw a resurgence of popularity. In 1996, Vespa launched the Vespa ET4 125cc. This ‘new generation of Vespa’ came complete with a four-stroke engine, and was released to coincide with Vespa’s 50th anniversary.

The classic design of the ET4 and ET2 harked back to the Vespa’s and Lambretta’s heyday of the 50’s and 60’s. The ET2 125cc fast became the best-selling two-wheeled vehicle of 1997 and 1998, including motorbikes, across Europe. The retro design was particularly popular with stylish city commuters. The success of the ET4 was followed by the ET2 cc version and later the ET4 150 cc in 1999.

The 90s also saw the rise of Britpop. Like the imagery associated with the mod movement, Britpop was equally British and working class. Bands like the Stone Roses and Oasis were frequently photographed on retro scooters, which featured on merchandise and in the press. Another example of the affinity is the Oasis album Be Somewhere Else Now, which brandished a retro scooter across the front and back cover of the album. The scooter was cool once more.

Want to know more? This article was produced in association with Lexham Insurance, who have published a more comprehensive history of scooters on their website. 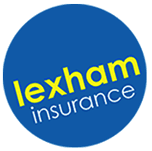 Get yourself sorted:
Did you see our story of the scooter rider who fought back and won during an attempted bike-jacking?

One owner, full service history, not for sale