Jock, never known to hang around (unless it’s winter) completely unscientifically tests an engine additive to see if they actually work.

Shortly after passing my test I had to learn the differences of power and throttle performance long before I could afford dyno time.

I raced, hooned and generally misbehaved over years of riding every bike worth riding, my gauge of working / not working right has come from my throttle hand and backside.

Spotting the difference between a bike running under par and in good mechanical order is an essential part of machine maintenance. And more so after laying a bike up for a while, particularly if like me you do this without spending the time to carry out some of the simple precautionary measures.

And with fuel seemingly becoming ever more expensive, but not really any better in performance, additives are starting to become a tad more appealing.

I don’t think these chemicals, well the ones we can buy over a counter, are going to be strong enough to be the cure all, but affecting the performance to a noticeable degree shouldn’t be too much to ask for the price of a pizza and a cold beer surely?

Let’s see. I’m no scientist, so I’ll be leaning on a 30 plus year riding, racing, hooning span, a rider who is a sensation junkie, and who is to a large part a mechanical ignorant, like any other Joe Blow on 2 wheels.

Waking up a sleeping engine

Ok, so I’m a fair weather biker. I now admit that after years of denial. And yes, I park up over the winter. I use the excuse that I plan the year ahead during those quiet months, when others are destroying the finish on their bikes and freezing their proverbials off, telling us through chattering teeth how much fun their having.

Cos I lay up, so does the bike. Now I do know the standard advice when laying up a bike but my bespoke, somewhat lazy, practice is keeping the bike legal in the vain hope there’s a window of dry sunshine, connecting a trickle charger and throwing a dust cover over the bike in the garage. Occasionally, when I remember, I turn the bike over ’til the fan kicks in, convincing myself that’s good enough.

This year a bad back gave me the perfect excuse not to ride. Almost a blessing being in pain all day, every day. Those were cold, cold roads out there at times. However, drugs and willing, plus a couple of dry days and double figures on the thermometer, convinced me the time was right to head out on my 2002 954 Fireblade. Chain tension checked. Pressures and oil level too. Wipe with a cloth, seemed enough to cover 5 months of winter parking.

First few miles in, get used to the fetal position again, get used to steering something other than a laptop, get used to braking from quicker than a light jog to the microwave. And oh, bugger, not a lot of braking going on. Seemed the fluid had died over winter so rather than me make a pigs ear of sorting it, Lee at MotoWorks in Newington, Kent is my lazy man’s port of call.

Greeted by a middle finger and ‘alright choppah!!’, Lee has a look. Yep, that cloth didn’t wipe away dead fluid. And in talking to him the rather flat throttle response is likely a cause of me leaving half a tank of fuel in the tank and not moving the bike for 5months. So 10mins later, I have new fluid and a cracking bite point and power on the brake lever. How he does it so quickly is beyond me. It’d have taken me multiple failed attempts before heading up to him and asking him to do it anyway!!

So the mechanic rates it…

Fancy trying some ‘Cataclean, One Shot’ suggests Lee? It’s something he’s starting to add to the servicing of all bikes but, maybe more importantly, bikes like mine that have been laid up for some time.

I’m sceptical of these things, they seem like a bit of a con, but Lee knows his stuff and has never passed a duffer on to me in all the years I’ve known him. A full 150ml bottle into the quarter full tank is good to go. So, off I go.

I hate when I’m wrong and Lee is almost always right. Bar a slight puff of dirty smoke out the end can from the first hard twist of the throttle, this stuff runs clean. Unlike other ‘red fuel’ additives I’ve used to little effect in the past.

From the get go the throttle runs crisper. The transition to on, or to off is less pronounced. The pick up is just that little bit crisper. Putting the miles on, this becomes ever more noticeable.

In fact by the time I’ve done around 30miles I’m just loving the pick up and the crisp, like new, drive. This isn’t euphoria from having brakes again, this is a smile from having a crisp pick up, when initially it was flat.

The bottle tells me that it improves bhp/torque. My bum dyno tells me that it provides a crisper drive. The engine feels strong, not flat. More bhp? Dunno about that, probably the more relevant thing is the pickup response. But more smiles? Yeah, made me feel like my engine was alive again.

The bottle tells me improved throttle response, too. I will agree with that. Think flat and tired engine. Then think fresh and crisp. Mine is the latter, when earlier in the day it was the ‘just woken up from winter’ former. We’re not talking night and day, but we are talking noticeable.

Improved fuel consumption? Err, this is a healthy Blade, we’re not going to be measuring that. However, if that does prove to be the case, in any noticeable way, I’ll report back and let you know my findings.

One shot and you’re done it says. Then 3000miles later, give it another shot. Will I? Definitely. For the price of a ¾ tank fill I think it’s worth it. I get my bike serviced every 4000 miles so being the lazy sod that I am I’ll likely take MotoWorks up on their servicing options and have Lee add it in at the next service. He’ll remember, I’ll forget. That’s the beauty of going to a bike shop that gives a damn. It allows you to be lazy and still run the bike to its optimum.

So, a winter slumber thumbs up to Cataclean One Shot, for around £13 or thereabouts, it’s well worth a shot, so to speak.

If you and the bike are coming out of hibernation, or even if it’s just got a few miles on board and needs a little freshen up, then it is worth considering if you’re seeking a noticeable difference, if not an earth shattering difference

Sounds like you should whack some in your next tank, doesn’t it? 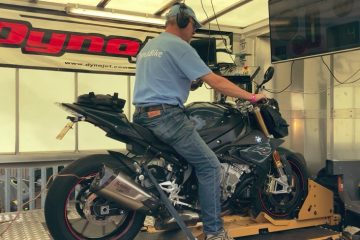 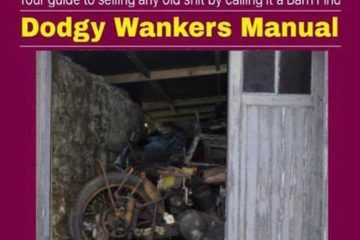 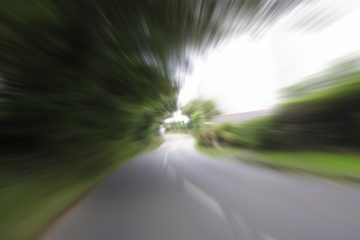 Has your garage been marked for thieves to target?