Nathan Bick, who taunted police via their own Facebook Page, has been caught but has only received a two-month custodial sentence. With good behaviour, he could be back on the street in just four weeks.

Social media lit up when reports emerged that Bick, 18, had seen a call on Wandsworth Police’s Facebook Page and had been challenging the officers to try and find him.

The prolific bike thief threw down the challenge, “Keep up if you can.”

Officers responded with a call to hand himself in and, in a rare insight into police humour, let him know that a lift was available, “And don’t worry about transportation, we can arrange that.”

The spat happened on 1st December 2016. Within a week, Bick was in custody.

Social media being used to track thieves down

Bick had also used the Facebook page to argue with members of the public. Friends and known associates also joined in across several social media sites.

This may have backfired on them as a number of groups are collecting data on social media profiles openly selling stolen motorbikes on various social sites. Definite links are being established between fake profiles and real identities.

In a separate incident, the real identity of ’Anglegrinder Boy’, who was captured on video threatening passers-by when they intervened in the theft of a Ducati in London’s Soho Square, was widely being shared privately using instant messaging apps.

That individual hasn’t been named publicly yet, but the open bragging of bike thefts on sites like Instagram and Facebook, is giving investigators a rich source of evidence.

Amazingly, to make it even easier to find them, the thieves tag themselves with the term ‘Repo’, slang for repossession, making their false accounts easy to track down and infiltrate. Following the Soho Square incident, two rival repo-tagged accounts from different cities started rowing with each other, vying to see who would have been the most violent with the potentially lethal cordless power tool. 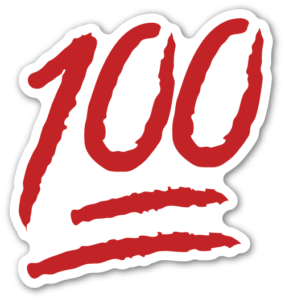 Nathan Bick’s own social media account has gone quiet. Like many repo boys, he frequently uses the ‘Hundred Points’ emoji, the symbol for keeping it real.

The reality now is that social media caught has up with him and, in addition to the eight weeks he’ll be spending in a young offender institution, he’s now down £115 and is disqualified from holding or obtaining a driving licence for two years and one month.

Whether the rest of the real bikers on social media would think this is an appropriate response from the authorities is another matter.

Sort out the bike thieves:

If you have any information about a social media profile you think might be being used in relation to motorbike theft, you can call Crimestoppers, free, on 0800 555 111. All calls are treated with strict confidence and any rewards that are offered in association to a crime can be claimed anonymously.

Are the police trying to kill off the ‘EVO Triangle’?

First Female Motorbike Relay Across The World Sets Off

How to clean your crash helmet and visor

Stolen motorbike police: Find your own evidence, then we’ll investigate

How to buy a crash helmet