News of a special offer for Monimoto motorcycle tracker buyers comes as we review the wire-free system after nine months’ use.

We’ve had a Monimoto Motorcycle Tracker on test for around nine months and have been generally so impressed we decided to protect a second bike with the wire-free system. There is still something we’d like to see updated though…

As a reminder, the Monimoto system is a standalone unit that doesn’t require wiring into a bike’s loom. Once triggered by an unauthorised movement, the bike’s owner can track the motorcycle’s location with regular updates via a smartphone app.

The system, a GPS-enabled unit on the bike that needs a Bluetooth fob to be present, is simple to fit, easy-to-use and is fantastic value compared to alternative systems.

As we outlined in the original review, the only real issue we had is with the app, which we felt to be poorly designed for the user. Specifically, we felt the approach to the way the system can be disabled – if you need to leave the bike with a garage for servicing, for example – was quite clumsy.

News of a special offer from Monimoto coincided with the loss of the key fob, ironically after a service, which meant every time the bike moved we got a phone call, then a series of app alerts, giving the bike’s location. This is great for peace-of-mind but less so when, to stop the alerts, you need to stop the bike to disable the system.

Despite a number of updates to the app that have included improvements to battery life and the ability to track the bike more frequently, the’ Send Monimoto to sleep’ functionality is the app’s Achille’s heel.

When the alarm is triggered, you have the option to suspend the alerts for either one, five or 24 hours. But you can’t suspend the system for just a couple of hours or for a specific period. Travelling through France for up to 10 hours in the saddle (the £3 monthly SIM card subscription offers full European coverage by the way), we could only choose between one and five hours. We then had to wait for the call of doom to come over the intercom because we didn’t want to leave the bike in an unprotected mode for the other setting, 24 hours, knowing it was going to be left in an open car park overnight.

The solution really is simple: let the user choose how long they want to put the system into sleep mode. In a former life, I ran an app development company so I know the functionality is straightforward to build into the app, with relatively minor changes to the interface. So come on Monimoto, give us more control over the sleep mode setting so we don’t need to ride along dreading the next series of alerts.

Despite leaving a highly covetable Speed Triple R in a French hotel car park, with only a disc alarm as visible protection, I didn’t need to worry about finding an empty parking space the next morning. The bike was out of sight and out of earshot, but my phone was always by my side. So if the bike was moved, I’d know within the minute, and I’d know exactly where it was being taken to.

A new fob has been ordered and, aside from this annoyance, the system has worked exactly as it should. We had to replace the batteries on one of the GPS devices we have simply because we had been testing so intensively. We’ll keep an eye on battery usage now we have two devices that are being used as a regular owner would use them.

Would we still recommend the Monimoto Motorcycle Tracker? Absolutely. As we said in the original article, for owners that can’t have a system linked to their bike’s battery for whatever reason, Monimoto is ideal. As part of a layered approach to protecting your bike it helps give further peace-of-mind.

Nine months down the line, Monimoto is still highly recommended. But please do something about that app, guys.

From 1st September for a limited period Monimoto is available with a free Luma Enduro 73 midi disc lock, worth £19.99, from selected retailers including Ghost Bikes, Chainspeed, Sportsbikeshop, Infinity Motorcycles and Urban Rider. 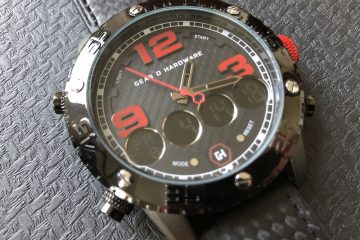 How do modifications affect bike insurance?

Has your garage been marked for thieves to target?

How are motorbikes stolen?