Bristol bike thieves accused of setting fire to a classic Triumph have potentially sparked a vigilante manhunt from the biking community, in a case that could possibly have been avoided.

A notorious Bristol-based gang of motorcycle thieves who allegedly set fire to a vintage motorcycle have found themselves in hot water thanks to boasting on social media.

At the same time, a newspaper that broke the story has been accused of escalating the situation, and that the bike could have escaped being set on fire.

In a post on Instagram, the gang, who use variations of the name Bristol Bike Taker on social media sites, demanded a £1,000 ransom for the bike, a 1951 Triumph Thunderbird.

As reported by the Bristol Post, when news of the ransom demand surfaced, they tagged him in a video showing the bike being set on fire. The article set the value of the bike at somewhere between £7,000 and £10,000.

What the Bristol Post didn’t report, is that they had been asked not to print the story about the ransom demand itself, for fear of escalating the situation.

With passions running high, news of the ransom and callous vandalism quickly spread online amongst biker groups, with numerous bikers threatening to track down the thugs responsible.

New posts quickly started to share more information about the gang alleged to be involved.

One now widely-shared social media post alleges to name the people responsible for the theft, all thought to be members of the Bristol Bike Taker gang. The individuals are already well known to Avon and Somerset police, which launched Operation Buell in 2017 specifically to deal with the group of North Bristol youths. After speaking to Avon and Somerset police, Biker & Bike has agreed not to feature any images that repeat those claims or reveal the identities of the people named. 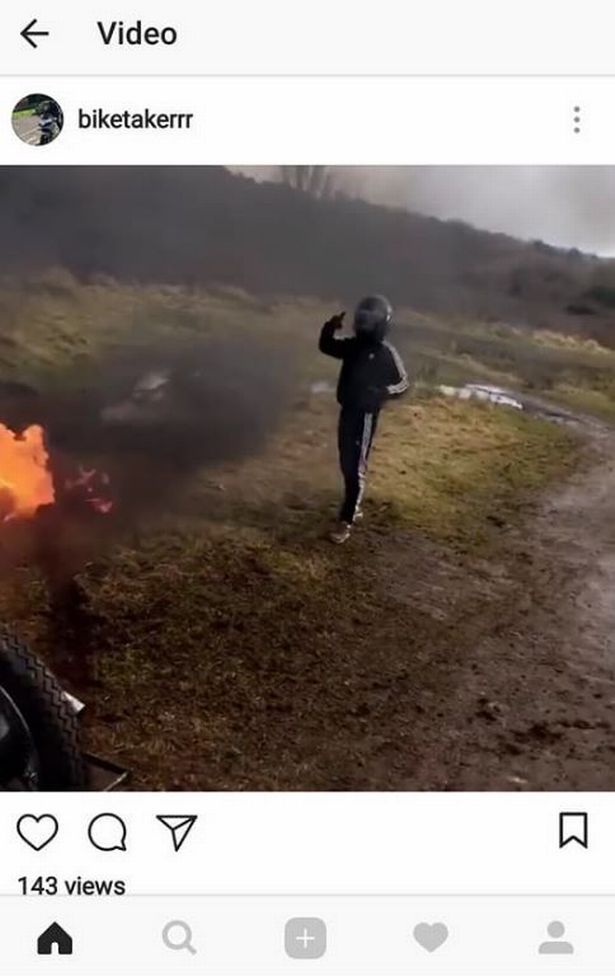 On Avon and Somerset’s own social media accounts, which had previously asked for help tracking down information relating to the original theft, commentators were quick to reveal the escalating situation. One observation included the advice, ‘It is on Instagram, bike takers [sic] have it. When are you going to start doing something about these kids taking bikes before one of them gets murdered?’

Call for the sharing to cease

In a radical twist, the Bristol Bike Theft Awareness campaign issued a late-night plea for the speculation and threats to cease, claiming any legal action against the actual perpetrators could be prejudiced. At this point, news of the story is likely to have reached hundreds of thousands of people, thanks to the amount of sharing to biker groups and pages, including Biker & Bike’s own Facebook Page.

In a Facebook group dedicated to tackling the rise in motorcycle crime, a member from the BBTA also claimed that police resources were now being directed towards protecting the individuals named.

The poster, who called themselves ‘Lawson Abiding Citizen’ also claimed that the Bristol Post had been asked not to run an earlier story before the motorcycle was set on fire, and went on to directly blame the newspaper for the subsequent vandalism.

Biker & Bike has confirmed that Avon and Somerset Police did make a request to the Bristol Post, asking them not to publish the original story about thieves holding a motorcyclist to ransom. The owner of the motorcycle also did not want the story publicised.

A police spokeswoman said, “After we were contacted by them for a quote on the situation, we asked the Bristol Post not to publish the ransom demand story. Within 45 minutes of the story going live, the bike was set on fire.”

The investigation is continuing. Anyone with information on the theft and subsequent arson attack on the motorcycle is asked to contact Avon and Somerset Constabulary on 101 and give the call handler the reference 5218029410.