Are the big expensive adventure bikes out of your reach? Marc comes up with a super-quick shopping list of bikes that can do a similar job for a fraction of the money. And for some reason has decided to call them Urban Stealth Tactical Assault Bikes.

Is it worth investing in a U-STAB or Adventure bike for daily use and maybe going for a spot of adventuring when you can get away? Hell yeah! Comfort, range, agility and luggage can take the pain out of even long-range winter commuting.

What’s not compulsory is remortgaging your family pet to get one. You could lash out on a brand new, off the shelf, ready-made Adventurer from KTM, BMW, Triumph or the like with all the Christmas decorations and twenty digital rider modes. And if you can afford it why not?

Showrooms are full of second-hand adventurers. I suspect people buy them; tour Europe then sell them on. I often see very clean but high mileage Teneres, Tigers and GSes going for prices not much lower than brand new. I don’t see these as being real bargains.

Or you could find something older, less obvious, less expensive and adapt it to your adventuring needs. There are plenty of bikes that weren’t originally designed for offroading but can be adapted. 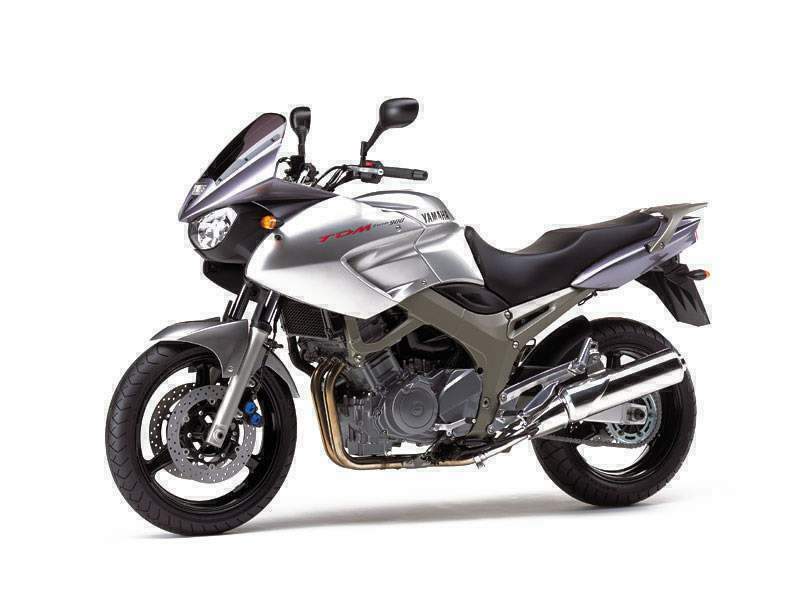 Getting rare now Yamaha TDM 900s can haul luggage and rider for famously long distances and while they were never designed for off-road use or even a huge success in the UK, some people slap offroad tyres on them and do crazy shit like this (worth turning the volume up on that one for luscious exhaust sound.) 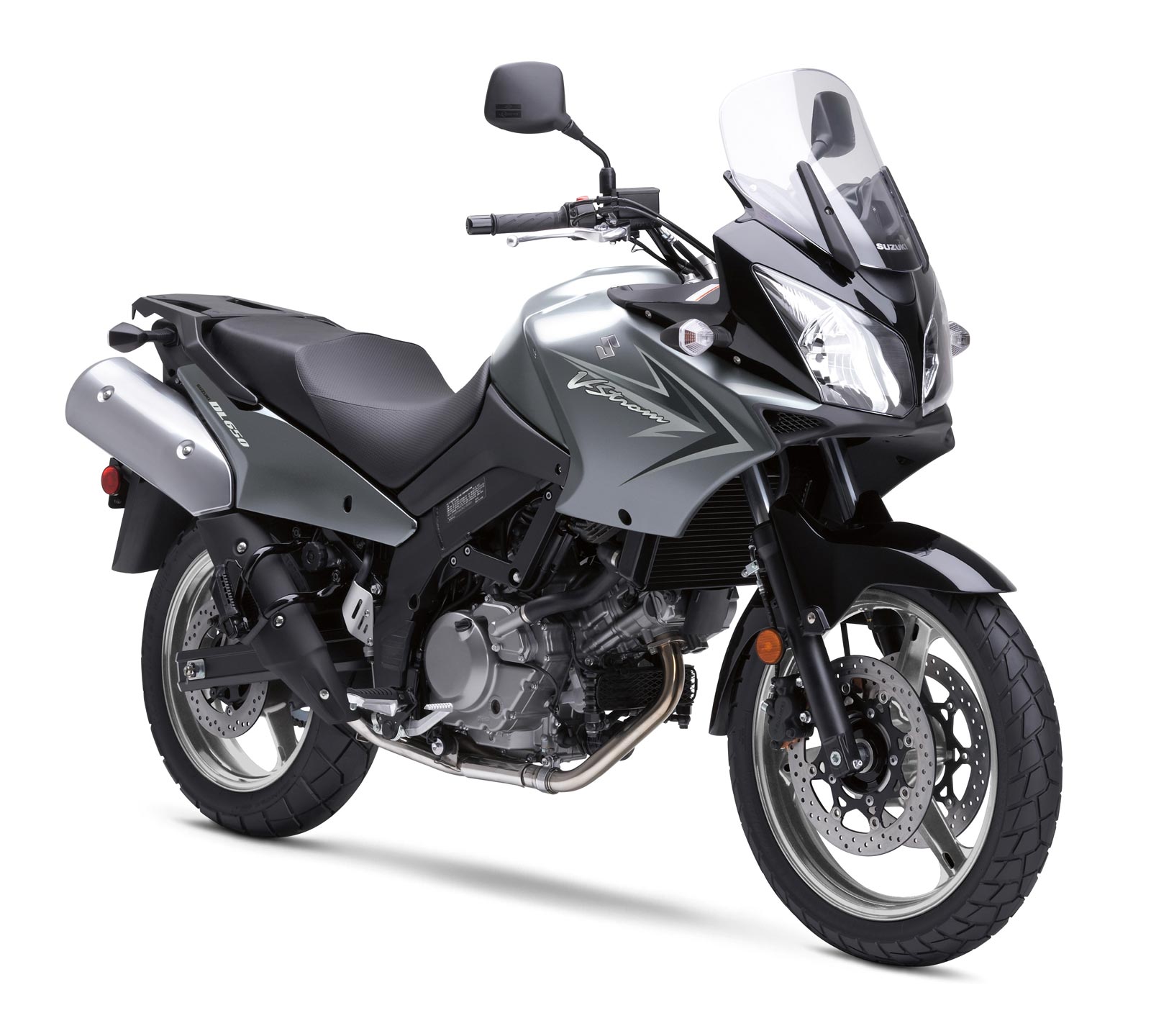 Cheaper and much more readily available the trusty old DL650s might have originally been conceived as dual-purpose bikes and can be found for sensible prices, often with luggage. DLs can do serious commuting duty, be adventurised and taken to all sorts of stupid places. These guys show how a DL can be made offroad-ready for not much dosh. http://www.advpulse.com/adv-bikes/suzuki-v-strom-650-off-road/ 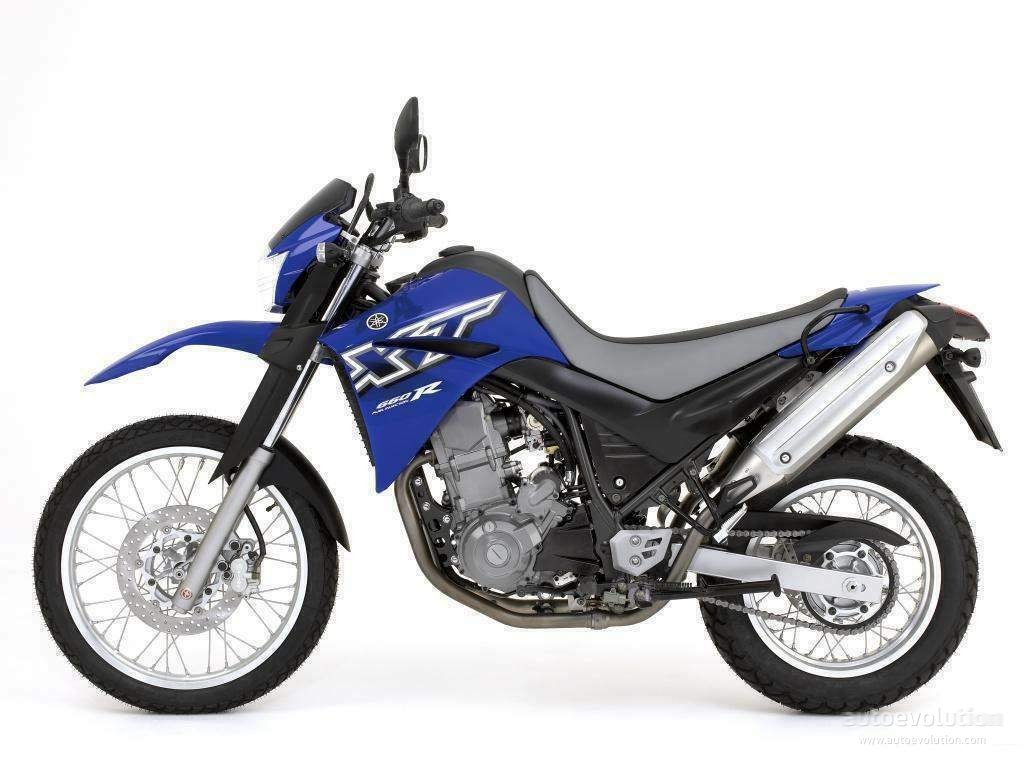 Lighter and more obviously off roadey Yamaha’s various XT 660 models are often strangely overpriced but have obvious pedigree. The XT660Z Tenere looks perfect for rough terrain with luggage, but it’s hard to find a cheap one. 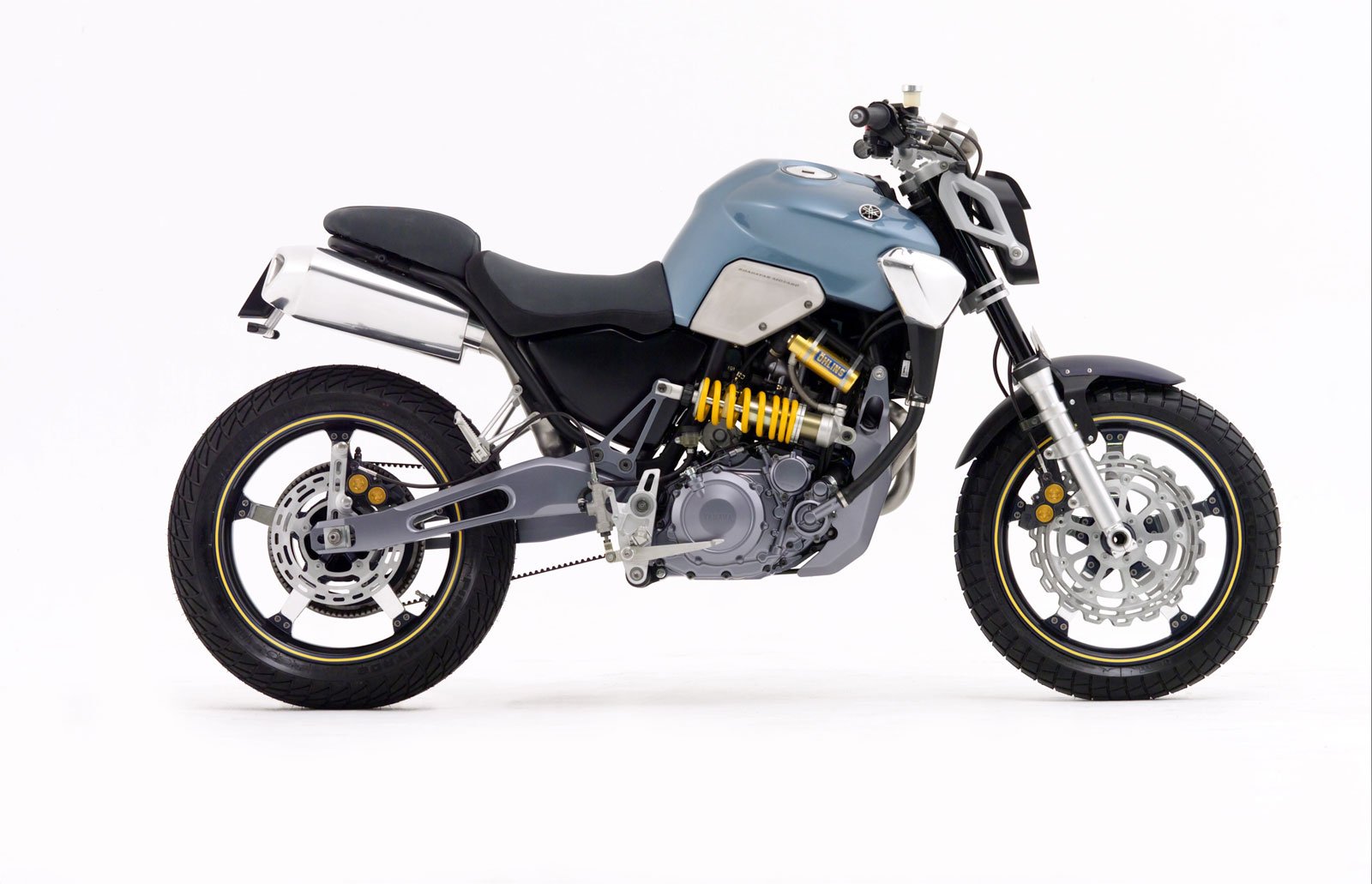 Yamaha’s overlooked MT-03 (the old 660cc MT-03 not the confusingly same-named 321cc MT-03) can be found for two and a half to three grand. It used the XT660 engine, is light and has a low seat and decent ground clearance and can be made a bit more off roadey.

These YouTubers show what the MT-03 can do: 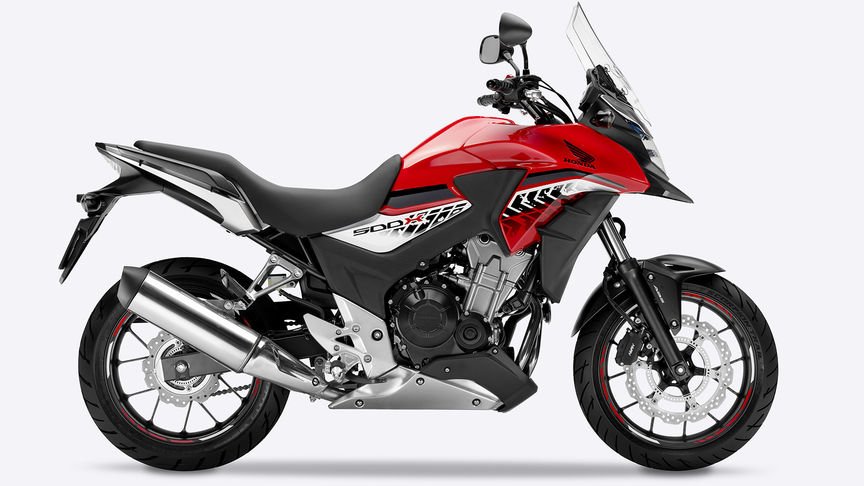 No one can pretend Honda’s plucky CB500x is a motocrosser; it’s a great little commuter with a beak. As it’s a fairly new model second-hand prices aren’t low but three grand might get you a fair used one.

The CB500x is close to becoming a cult. They’re light and easy to ride on unsurfaced roads. There’s a growing market in (pricey) off-road kits for these bikes which Honda should take notice of. 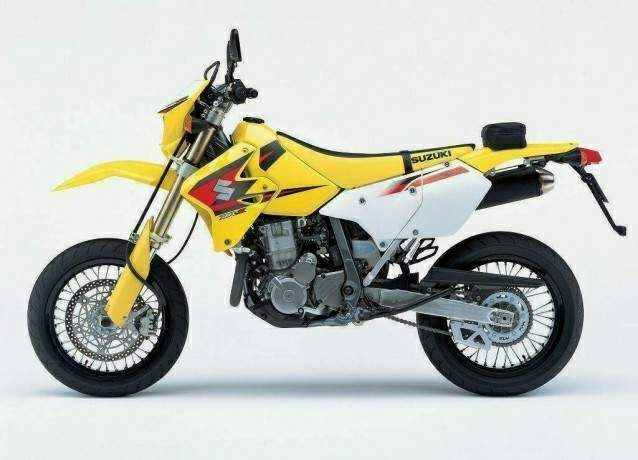 The notoriously robust DRZ 400 is a favourite for off-roaders and has enough punch to handle distances on the road. But it’s increasingly difficult to find one that hasn’t been abused.

If old isn’t gold, but you still want to look at something adventurous without remortgaging the children, the new smaller adventure bikes coming out at the moment could be what you are looking for.

These economical little bikes might lack the glamour and teen-appeal of a junior supersport or juggernaut GS but would make it very easy for newly qualified riders to commute through the week, go exploring at the weekends and go on longer trips when the opportunity arises. It’s debatable, but they’re better for us taller riders as well. 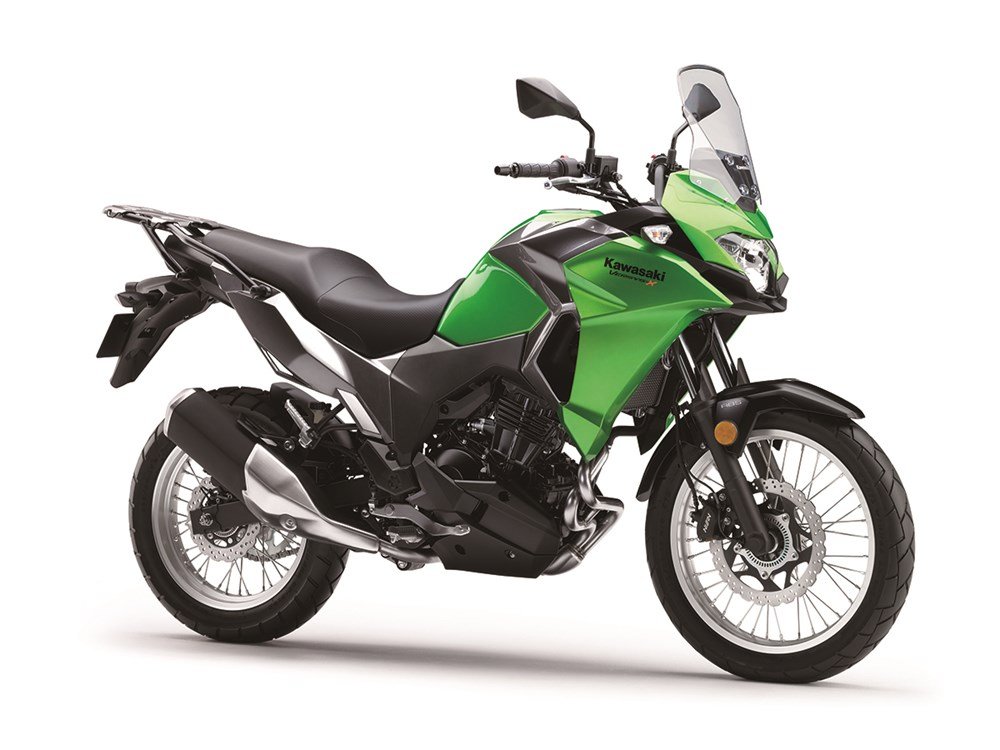 See the Versys X 300 Adventure on the Kawasaki website. 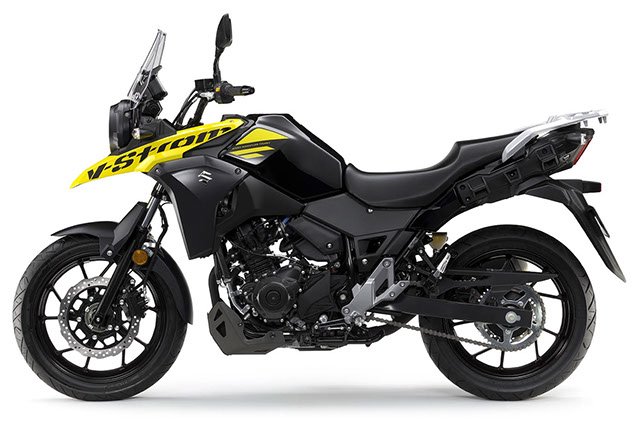 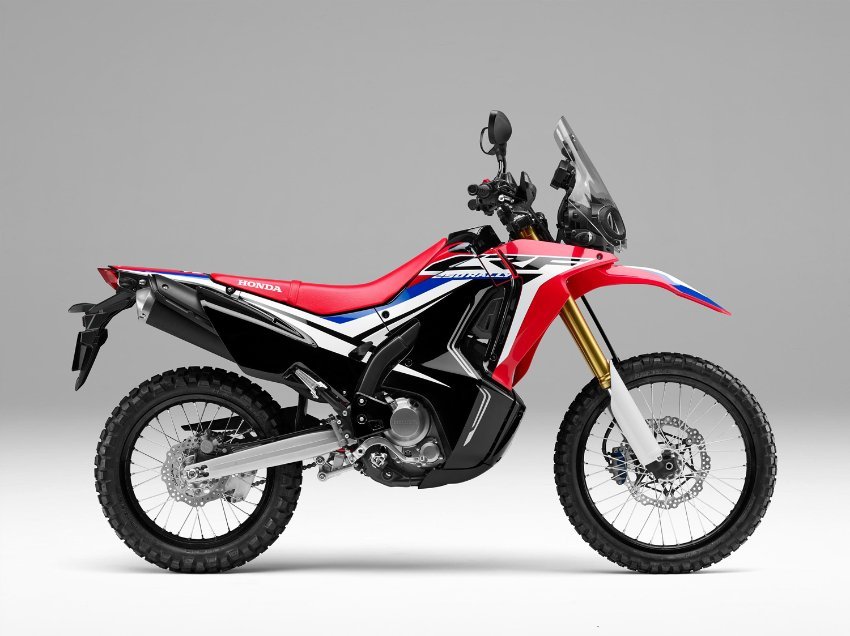 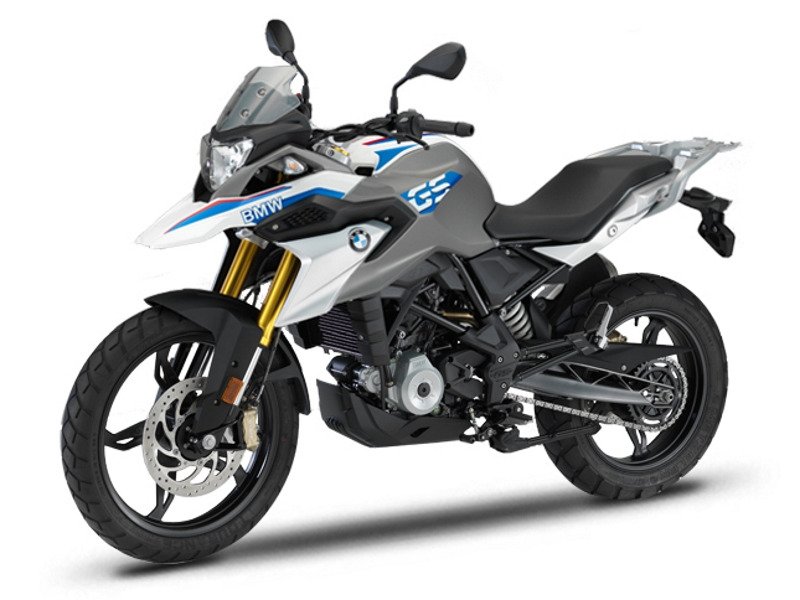 On paper, all of them would also make awesome U-STAB hooligan weapons. Ed: Or ‘adventure bikes’ as everyone else will continue to call them…

All the bikes I’ve mentioned fall into two categories: Road bikes with some off-road capability or, off-road with some not too shabby road manners. The real fun comes from modifying them to suit your needs and the riding you do.

What you choose depends on where you think you might be going, and that’s really difficult to predict. Some people like to plan an itinerary meticulously. Personally, I like to keep riding until I’m getting chased out of a farmyard by geese. This is when my personal choice of a Tiger 800 turns out to have been spot on.

Should motorbikes be able to use empty cycle superhighways?

A bike nut since he was 17, Marc was forced to lay off the bikes for over 10 years, on doctor's orders. Finally given the nod he thought he'd ease himself back in gently on an XL 250 but promptly bought an SV650 which made him shit his pants for the first month.
He also writes his own random meanderings at his own blog, http://isontheroad.wordpress.com

Small bikes are where the fun is