How to cheat your motorcycle test

Norm Deplume · 01/04/2017
0 6.5k 0
If you have failed your motorcycle test previously or simply can’t be bothered with all the worry of failing, here are our sure-fire ways to guarantee you’ll pass your test.
Get someone else to do it

Pretty much the best way to not fail your test is to get someone else to do it. This is a well-known trick with taxi drivers and milk-float drivers who simply don’t have the time or skills required to take the test themselves.

Be careful, though. One hapless biker sent his grandad to take the test for him. When grandpa handed over the licence, the teenager’s photo ID was of, well a teenager, not the wrinkly pensioner stood before the examiner.

It’s estimated that at least 50% of people who take the Theory Test use some kind ‘cheat sheet’ with answers written on it.

Examples in the past have included rolled-up paper inside biros and answers written in pencil on the back of calculators.

Those people were amateurs compared to bikers. Write all of the answers to the test on the back of your helmet, using ultra-violet ’secret ink’.

Place the helmet on your desktop and, when you need an answer, simply shine a UV torch on the back of the helmet and hey presto.

The which car goes first? test

If you are thinking of winging the theory test without a cheat sheet then look out for the ‘Which car goes first at a corner junction test?’ question.

In the test, rather than waste time trying to figure out which car goes first, simply write, “Which moron designed the road like that?”

As you will have technically not got the answer wrong, you cannot be failed for putting the wrong answer. Simples.

On the Module 1 off-road riding test, nearly everyone who fucks up the test does it on the figure-of-8 test.

To avoid this tricky bastard and get the much easier U-turn test, simply tell the examiner that you have an inner ear problem and, as the law states, you must be excused this particular test.

If the examiner probes you further (your ‘medical condition’ not your bloody ear), tell them the name of condition is Futue te Ipsum. Stand well back if he went to a posh school.

If all else fails, take the test on April 1st. Examiners will fall for anything on that date. 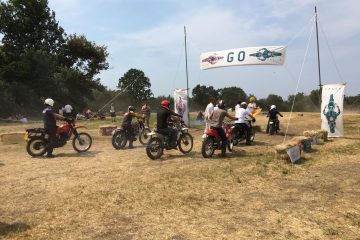 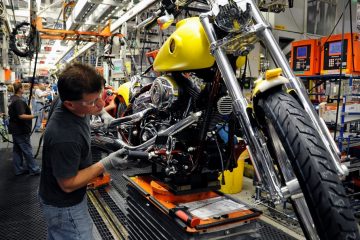 Are the police trying to kill off the 'EVO Triangle'?

Loves an adventure, takes no prisoners, takes no drugs (anymore).

He likes to keep things mysterious, mainly because he already has another job and his employer might not approve...

How to cheat your motorcycle test